Werewolf also know as lycan is a human that has the ability to shapeshift into a ferocious wolf and wolf-like beast. They are one of the most common supernatural creatures found in both stone cities and forests. When the gravitational forces are at a certain point, the humanoid changes because I guess the moon means nothing anymore. The essence of having a wolf spirit within one's body is called Lycanthropy.

(All things that are supernatural have a scientific explanation to them, but in doing so eradicates the mystique to them.)

Can be found all throughout the world especially when the Earth was in a Low vibrational state.

Werewolves have been around for many years. People dont think that they are real, but they are to some people. They might also be real to flat earthers and anti-vaxxers, or people who think demons come out of the television when you watch scary movies. People who look like werewolves but aren’t are people with a condition known as Hypertrichosis also known as werewolf syndrome where there is a lot of hair all over their bodies. The first people with werewolf syndrome was Petrus Gonsalvus referred to by Ulysses Aldrovandi as "The Man of the Woods. He had hair on his body, therefore scientifically he looked like a werewolf. That is the only requirement. Lots of hair.

Werewolves are known to be aggressive even in human form but if you were to write a character in that way there would be no contrast in their character and they would be very one dimensional and boring. It would be more interesting if the person was sickly and needed the werewolf curse to feel alive. Doesn't that sound so much better than some teenager with anger problems? Tyler Lockwood (because apparently everything I know about werewolves comes from a version years after they were originally depicted.) often had trouble controlling his temper, because he was a teenager and that had nothing to do with being a werewolf. Those with the werewolf curse still latent can exhibit some supernatural traits which can be triggered by aggression, along with unusual physical strength for the person's given a size but they cannot fully transform. Also, werewolves have a higher body temperature than humans because once again everything I know about werewolves come from one movie I watched once. Tyler says this when he just activated his curse. He says that he feels as if his skin is on fire. With the curse activated their eyes turn yellow while enraged. Activating the curse is also painful. When there is a full moon after sunset they will transform into canine form, looking very much like a timber-wolf, although larger. They can also be distinguished from regular wolves by their displays of supernatural strength and speed. A werewolf doesn't wear any clothes — not even undergarments, though in beast form it is not necessary. Although, they will face some problems when they turn back into humans.

All werewolves were, in the past, once humans who were infected by the werewolf curse when they were bitten or scratched by a transformed or transforming werewolf. Werewolves are more common than other supernatural beings as humans can be infected by methods more than just bite such as a scratch or uncommonly drinking from their paw print on a full moon.

Werewolves in their wolf form will not attack you unless if feels threatened or can’t control their transformation yet. A werewolf will leave a lifelong scar or bite mark after infecting a victim. This makes werewolves relatively easy to identify whilst in their human state. It is thought that humans are much more vulnerable to lycanthropy during teenage years. This is why 50% werewolves are between 11 and 17, it is because some sudden hormonal changes that occur during puberty makes a boy more vulnerable to lycanthropy. They might also have a bloodline that ended centuries ago that are boiling up again.

Artificial Werewolves can be made a mixture of the rare herbs Sitsuie and Hirsasu , transforming an individual into a werewolf if they were injected by this. These werewolves had enhanced strength, were consumed by a savage fury. They appeared to remain in lupine form indefinably, and were vulnerable no mortal means of death.

Those who were born as werewolves or were bit very young don't reach full "wolf maturity" until they reach puberty, which is somewhere between the age of 11 and 14. When they reach that point, their body starts to change rapidly, their urges to transform start to show more and more, almost uncontrollably. At this point, they may only be able to partially shift, showing maybe only fur and fangs.

Just like normal teenagers deal with hormones and changes, werewolves deal with them as well, only they are intensified. The desire to mate, changes in voice, changes in physical size, and of course, the desire to hunt and feed (which can be easily controlled by ones will).

Pubescent werewolves are called savage werewolves by elders because these werewolves don't obey the masters and generally tend to group up with wolves of their age. Newly turned teen werewolves are more confused than older ones and tend to stay alone.

Those werewolves that are born from both parents who are werewolves are the mainstay of werewolf society, the pure-bloods. Most Elders of tribes and those who perform the unglamorous tasks of making the tribe function are pure-bloods.

A cross with a male human and female werewolf will cause the birth of a werewolf child only. Female humans are at much higher risk of death when giving birth. These baby werewolves are call half breeds. They generally are the “mutts” of the pack and are in constant bickering with the pure bloods.

There are records of a ritual that supposedly can turn person into a werewolf. The ritual goes that one must boil a special ointment in midnight, during the full moon. The ingredients for ointment are wolfsbane, opium, foxgloves and bat's blood. Although in some places the ingredients are Henbane, nightshade, parsley, belladonna root and the aforementioned opium. In both cases, the ingredients need to be boiled in the fat of a murdered child, in an pot. Once the ghaslty concoction is ready, the person had to strip down and rub the ointment all over his body. After that, he had wear a wolfskin and sit down in a trance, until the flame, were ointment has been made, dies down.

Most werewolves have a trigger that makes them transform. For example, if a werewolf is in human form and it gets too hyper, it will transform. Other triggers are: getting too angry, getting hurt, getting too much adrenaline, or to protect something or someone, and even fire.

But if anyone triggers their curse through these ways, either way, once they have triggered their curse or gene, their eyes will change color and their powers will activate instantly, which is what would happen everytime they trigger their powers anyways so what I wrote makes no sense.

A Werewolf who has yet to trigger his or her curse will only exhibit increased aggression and overwhelming fits of rage during nights of the full moon. Or as for some, however, very rarely may also experience this on nights of a new moon. Puberty can also trigger the first change.

Immediately or somewhat before puberty, the young werewolf will go through a second biological transformation where their ability to shapeshift will manifest. The time of awakening is always chaotic for the young wolf. Mental, emotional and biological changes engulf their world, much like puberty in that they often have little understanding of what is going on, but unlike puberty, the process culminates in a single explosive moment when transformation first occurs.

Once a werwolf has awakened there are three forms they may transform to and from. That which is their birth form, either wolf or human; a transitional bipedal, wolf-like form; and the opposite of their birth form, either human or wolf. The assumption of the transitional form holds many religious connotations for much of werewolf society, and the assumption of that form is usually reserved for sacred events, such as; ritual, mating or combat. Many, although not all, werewolves also may assume an additional wolf form, that of an exceptionally large (300-600lbs) dire wolf. (Normal wolves rarely reach 200lbs).

Werewolf biology for both females and males is greatly influenced by the moon and her phases. Each werewolf is bound to the phase of the moon under which they first transformed. This first transformation is often referred to their "birth." All werewolves are different from one another based on their respective moons, all have different magic powers.

As with humans and the zodiac, werewolves assume a psychological affinity with their particular moon phase, called their moon aspect. With the change of months and each new moon, the moon changes its element into twelve different forms. They are ice, storm, wind, wilderness, fire, light, ghost, lightning, singing, blood, frost and wood.

Types Of Moons & Effects On Werewolves[]

Werewolf society is based on the pack. The pack is a family, biological or adoptive, of werewolves who live and function together as a unit. The emotional ties of the pack are very strong and are the central focus of werewolf existence.

Much of werewolf society is organized into tribal groupings. A tribe consists of a bunch of packs affiliated by blood or alliance. Tribes don't usually live together but do gather periodically to reaffirm bonds and discuss important issues. Each tribe, in one form or another, is nominally ruled over by a council of elders made up of the most powerful pack leaders and pack mothers within the tribe.

Werewolves are demihumans who are granted superhuman abilities by their lycanthropy. Werewolves' powers and abilities are enhanced and are at their peak during the time under a full moon. When angered, these abilities are temporarily enhanced; these abilities are common to all three types of werewolves. Even in human form, they appear to possess all of these abilities, though not as powerful as other supernatural creatures. Some werewolves have shown the ability to sense illness and, in one case, the onset of an epileptic seizure. This seems to be due to a combination of their "Heightened Senses" working in concert on a subconscious level. 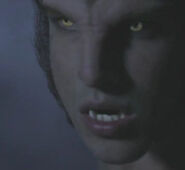 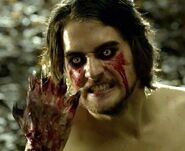 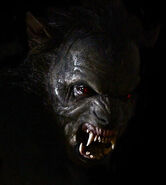 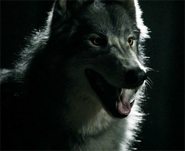 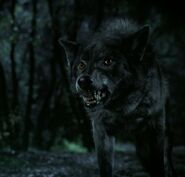 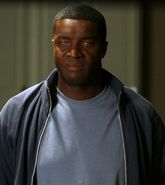 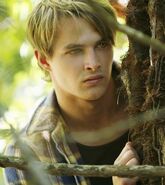 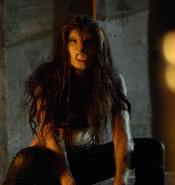 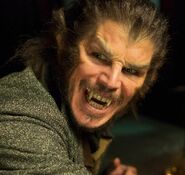 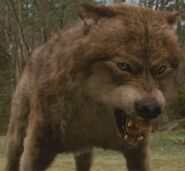 1/32
Community content is available under CC-BY-SA unless otherwise noted.
Advertisement